Bill is the showman in the band and just loves to wow a crowd!

He likes nothing better than to launch into a powerful and emotional guitar solo and watch the faces in the audience glow with excitement and anticipation… in his mind’s eye, anyway.

Bill has been playing and singing in bands for many years both here in the UK and abroad. Best known for his legendary rock solo renditions, Bill believes that he’s one of the finest guitarists in the Universe and boy, don’t the rest of the band know it!

Far from being the shy type, Bill will always be the first to jump off the stage into the arms of his adoring fans, put on the most outrageous wigs, glasses and false teeth, or sprint out of the room onto the patio (all whilst massively soloing, of course) to get the few remaining members of the crowd to come in and dance to “Summer Of ’69″ or “Sweet Child Of Mine”. 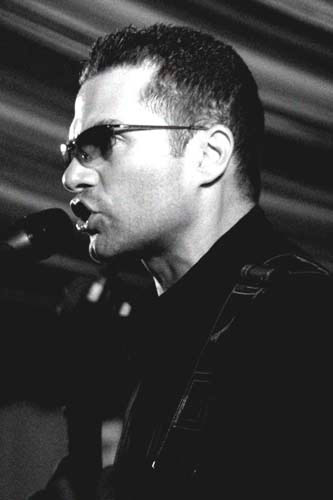